Skip to main content
Become an Insider
Healthy Cooking
Pin It
Photo: Jewel; Graphic: Well+Good Creative
When burnout strikes, the default response for many people includes ignoring emails for a few hours and getting lost in some guilty-pleasure TV. (Or maybe I’m the only one too lazy to even attempt a face mask?) But for chef Jasmine Shimoda and restaurant manager Sharky McGee, career-related exhaustion was the catalyst that led them to hop coasts, delve into wellness, and live out their entrepreneurial aspirations.

“We worked in a lot of amazing restaurants in New York and came into ourselves there, [but] we found ourselves feeling the effects of working such long hours and going out drinking after,” says Shimoda, a Santa Barbara native whose former bosses include Masaharu Morimoto and April Bloomfield. (Her partner, McGee, has an equally impressive resume, having managed Pastis in NYC for six years.) “I really wanted to come back to my California roots and share my love for food with the world in way that was healthier for me.”

After spending a few years learning the lay of La-la-land—Shimoda as head chef at The Springs and McGee as a manager at Gjelina—the pair set out on their own and opened Jewel, a brand-new, plant-based destination in Silver Lake. The restaurant doesn’t bill itself as specifically vegan, vegetarian, or gluten-free, but it has plenty of options for those who do label themselves as such. “As a chef, I’m always trying to use my classical training and interpret it into a healthy format without sacrificing any flavor,” says Shimoda, who was raised macrobiotic. “I never want people to say, ‘Oh, that’s pretty good for vegan or gluten-free.’ I want to surprise people.”

Considering that even Jewel’s avocado toast is a veritable work of art—dressed up with cashew-herb spread, house-made pickles, and puffed quinoa togarashi—I’d say she succeeded. So it’s a given that Shimoda and McGee’s home fridge is just as inspiring, as I discovered when Shimoda gave me a glimpse inside.

Click the items in the image below to learn more about the refrigerator staples that a plant-based chef always has on hand for home cooking.

“They add a brightness, a fruitiness, and go great chopped into a salad or a rice pilaf dish, or mixed in with a salsa verde to put on top of veggies.”

“They’re known to fight cancer and cleanse your liver—they’re really intensely sour and salty with this amazing fruity finish. That’s perfect, because macrobiotic food can be pretty bland, and then you have that flavor bomb in there.”

“I use it for soup or stir it into a vinaigrette or marinade. I don’t like to cook very complicated things at home because I’m too tired, so it’s good to have miso paste to flavor things up.”

“We always have wine in the house! We’ll usually have a glass after work. Donkey & Goat is one of the bottles in the fridge that we’re saving. It’s a California female winemaker.”

“Puntarelle is an unusual vegetable. It’s from Italy and is in the chicory family so it’s intensely bitter, which I love. If you’re not a fan of bitter tastes, acid really helps—at Greek restaurants, they serve dandelion greens swimming in lemon and olive oil and they’re delicious. Another way to augment them is adding something sweet, like dates or preserved kumkwats, or lots of garlic.”

“I enjoy the richer flavor of coconut [yogurt], and coconut has high fat content. My diet requires a lot of good fats. You have to really like probiotic stuff, it’s intense—but I love it.”

“That was a gift from a friend that works at Gjelina—she’s also half-Japanese and she and her mom make these really healthy Japanese pickles. They’re good for your liver and hormone balance.” 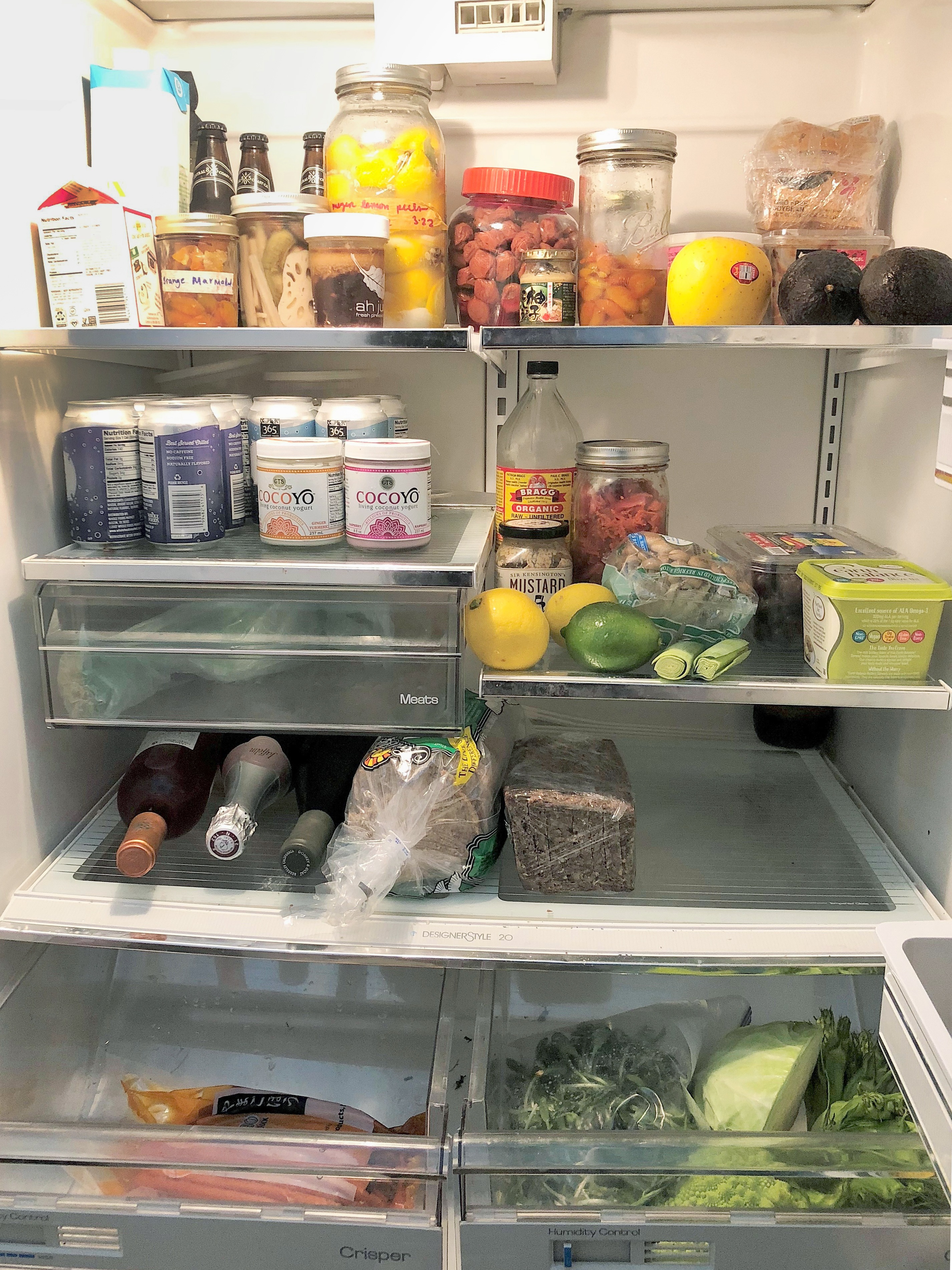 Inspired to fill your own fridge with fermented everything? Here are 6 fresh ways to use miso, and the good-for-your-gut fermented coffee that's as tasty as it is healthy.