Skip to main content
Become an Insider
Spiritual Health
Pin It
As much as I love those awkward pauses of Zoom meetings (it really can be hilarious when a person's video frame freezes just so), I feel like we could all get better at it, considering it's a main medium we're using to communicate during quarantine. The trouble is, since everyone has a different style of and preference for communicating, doing "better" is a highly personalized ask. But, the stars can shine some light on this conundrum: Knowing someone's Mercury sign meaning (and also your own) can help you figure out the best ways to hold a captivating conversation.

Why Mercury? Well, Mercury is the planet of communication, associated with the messenger of the gods. It was Mercury's job to deliver crucial news between Olympus, Earth, and the Underworld. The planet's focus on this is why Mercury retrograde is, among many things, associated with communication mess-ups and travel delays. So, someone's Mercury sign meaning can illuminate how they direct their words, the speed of their verbal delivery, the prose (or lack there of) that they tend to use, and what conversations best captivate their attention.

Someone's Mercury sign meaning can illuminate how they direct their words, the speed of their verbal delivery, the prose (or lack there of) that they tend to use, and what conversations best captivate their attention.

How to use your Mercury sign meaning to communicate better with everyone you know.

Mercury in Aries is assertive and jumps into a conversation with both feet kicking. "Their minds move fast, and sometimes they say what’s on their minds without filtering those thoughts," says Lang. "They can grow impatient with slow-talkers or people who don’t get to the point. When you’re talking with a Mercury in Aries, don’t be afraid to be direct. They will respect and appreciate you for it." 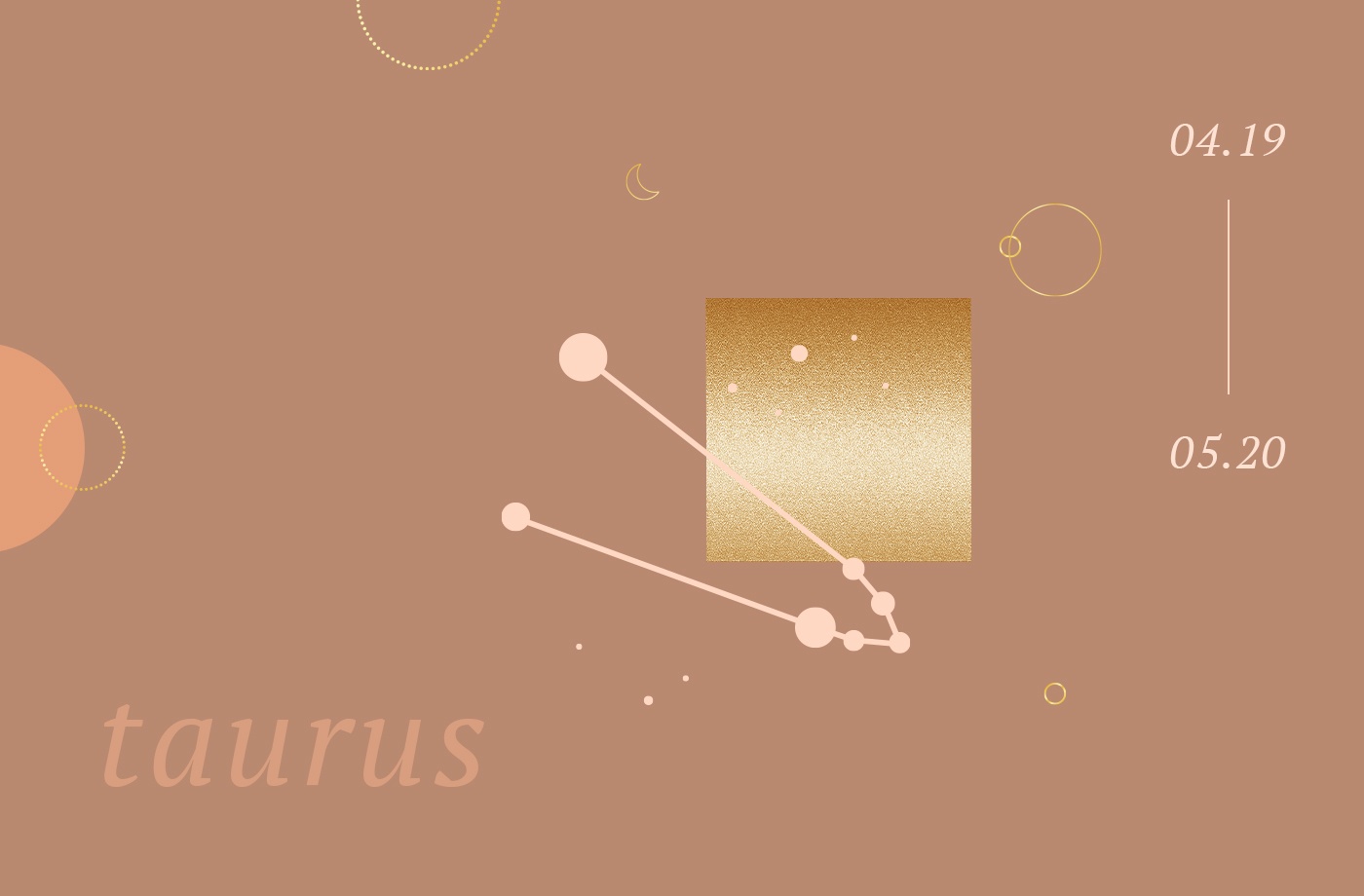 Those with Mercury in Taurus tend to keep their conversations to practical matters and straightforward benign questions, such as "What are you eating? What did you do today? What did you like about that artist’s work?"

"They aren’t prone to abstraction or conversations that stay in the conceptual realm," says Lang. "That doesn’t mean they’re not deep thinkers, though. They need to ground those ideas into a tangible form; they tend to have a lovely way with words and articulate ideas artfully." 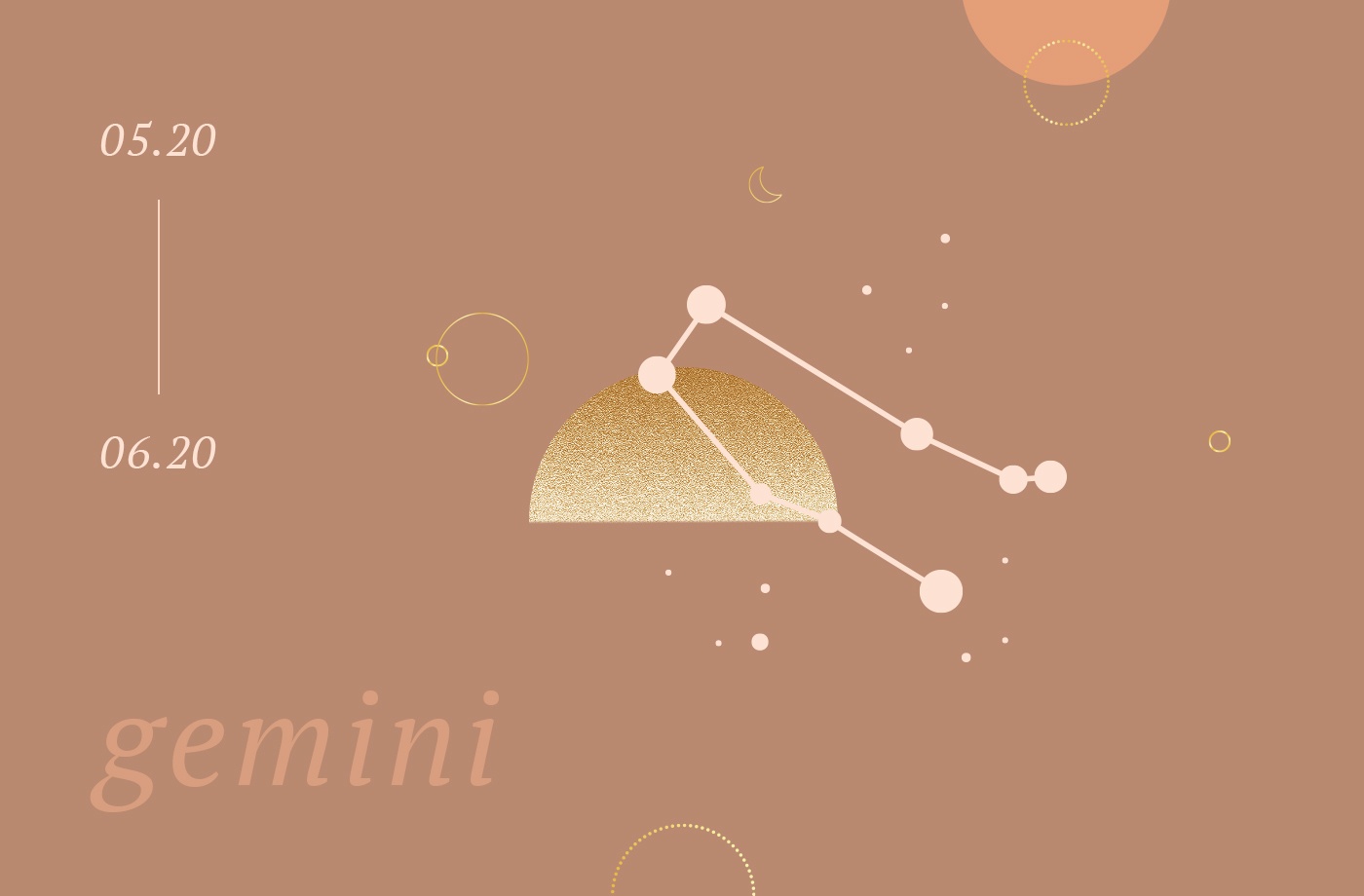 Gemini has a reputation for being a great communicator, so Mercury, its ruling planet feels at home in Gemini. These people are quick-witted and sharp-minded, always thinking of four things all at once, and when they have something to say, it heats up like popcorn before bursting out of them.

"They’re the conversational chameleons and can jump from topic to topic in rapid-fire succession," says Lang. "You’ll never become bored in a conversation with someone with Mercury in Gemini. If you have something important to say, though, you’ll want to stress the point. They can be moving onto the next topic in their minds without catching what you’re saying." 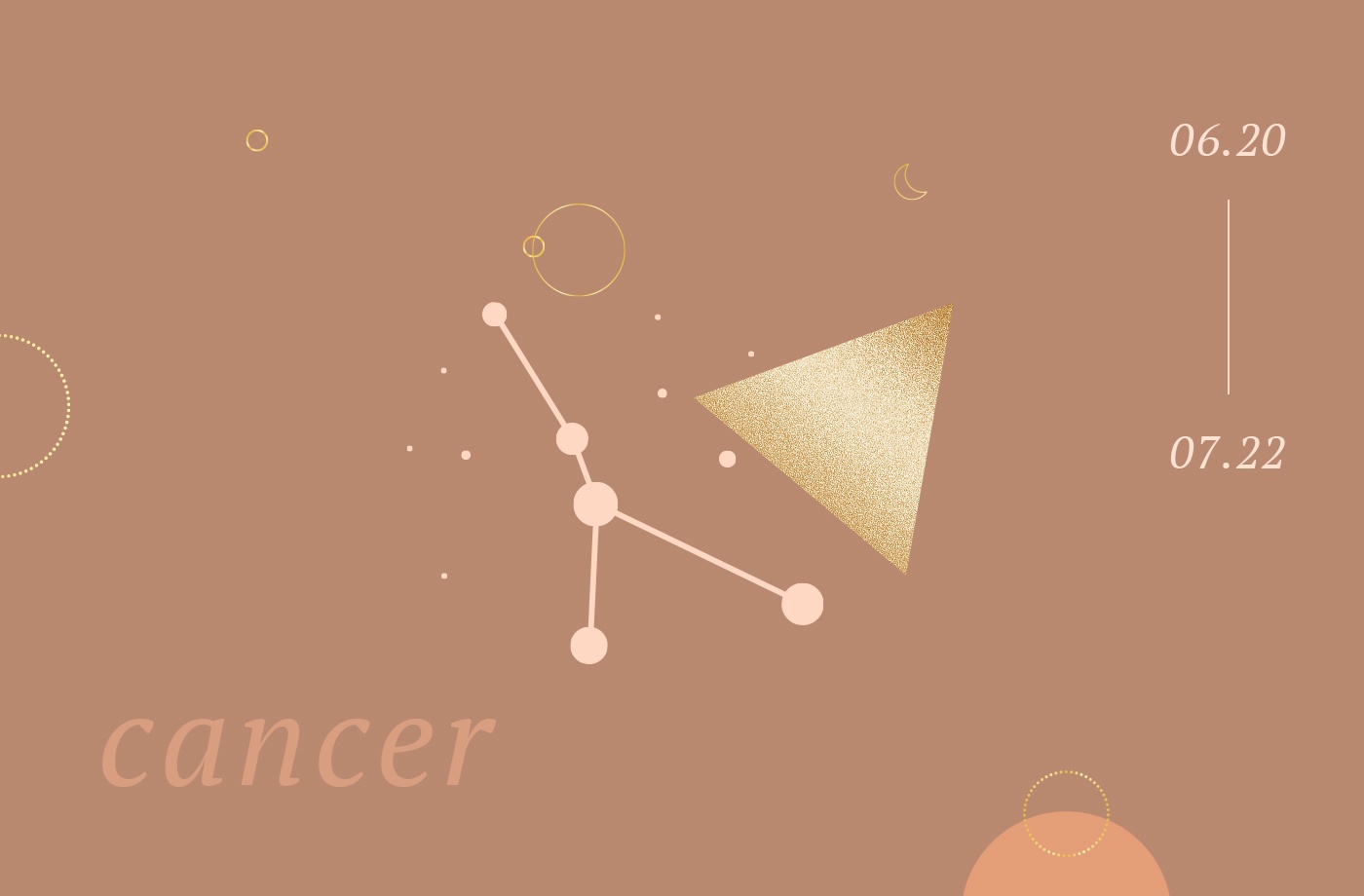 There's a special intuitiveness with Mercury in Cancer; they pick up on subtle body-language cues that other signs would otherwise miss. If they're feeling safe or unheard, they have the tendency to hold back their thoughts.

"It’s important to truly be present when you’re speaking with them," says Lang. "Give them time to express themselves and listen. They are perceptive and likely won’t forget what you’ve said. They have creative minds, too, and so they can tell themselves stories if you’re not direct with them." 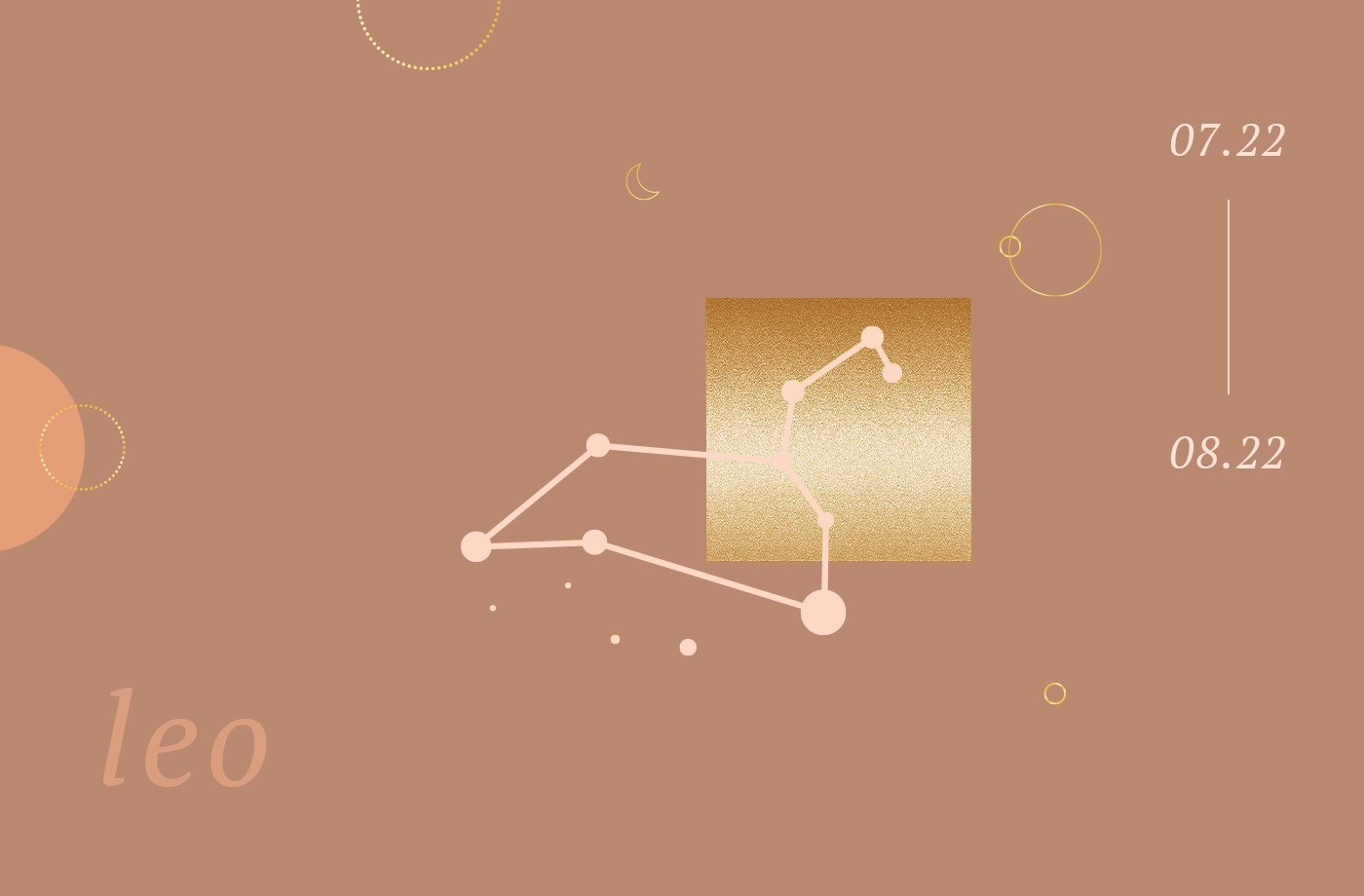 When it comes to communication, Mercury in Leo has an entertainer's heart with a certain dramatic flair.

"They are storytellers and may become writers or performers," says Lang. "They can have some insecurities about expressing themselves because when they do, they truly speak from their heart. They are careful to gauge whether or not they’ll be received, so, they may seem aloof at first. They want you to speak from your heart and listen when they share." 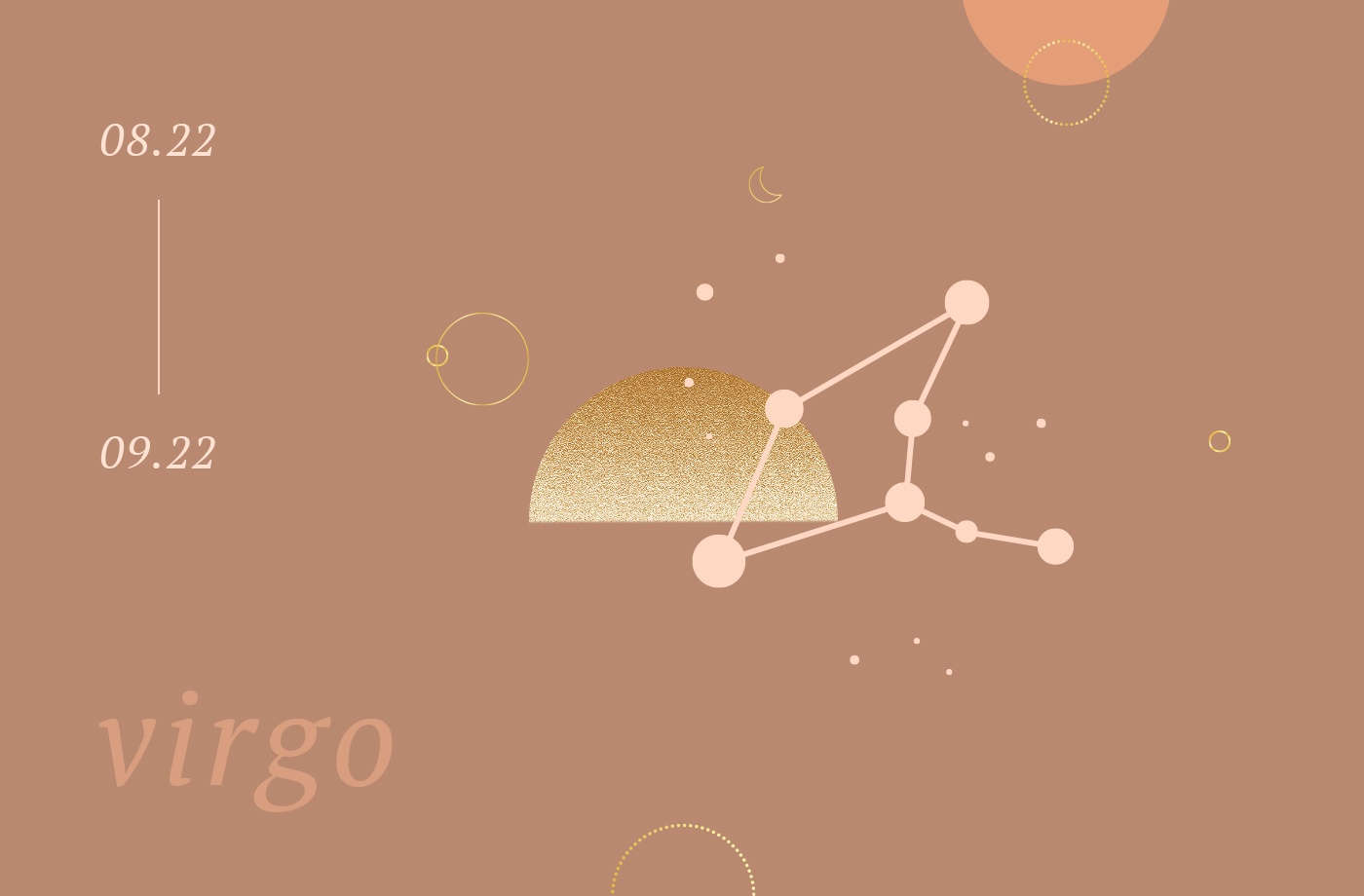 Mercury is the ruler of Virgo, which means that they really sparkle when it comes to communicating. These are the people who could be motivational speakers or conversationalists who keep you up into the wee hours of the morning.

"Mercury in Virgo’s mind is in 10 places all at once, and yet, they have a remarkable ability to focus when they care," says Lang. "They are quick-witted, sarcastically funny, and have a bit of an edge to them that makes for someone who’s a great writer or comedian. They are great at ironing out the details and being succinct with their words. They have a way with words and are excellent at communicating ideas. Their analytical minds are quickly processing everything others say." 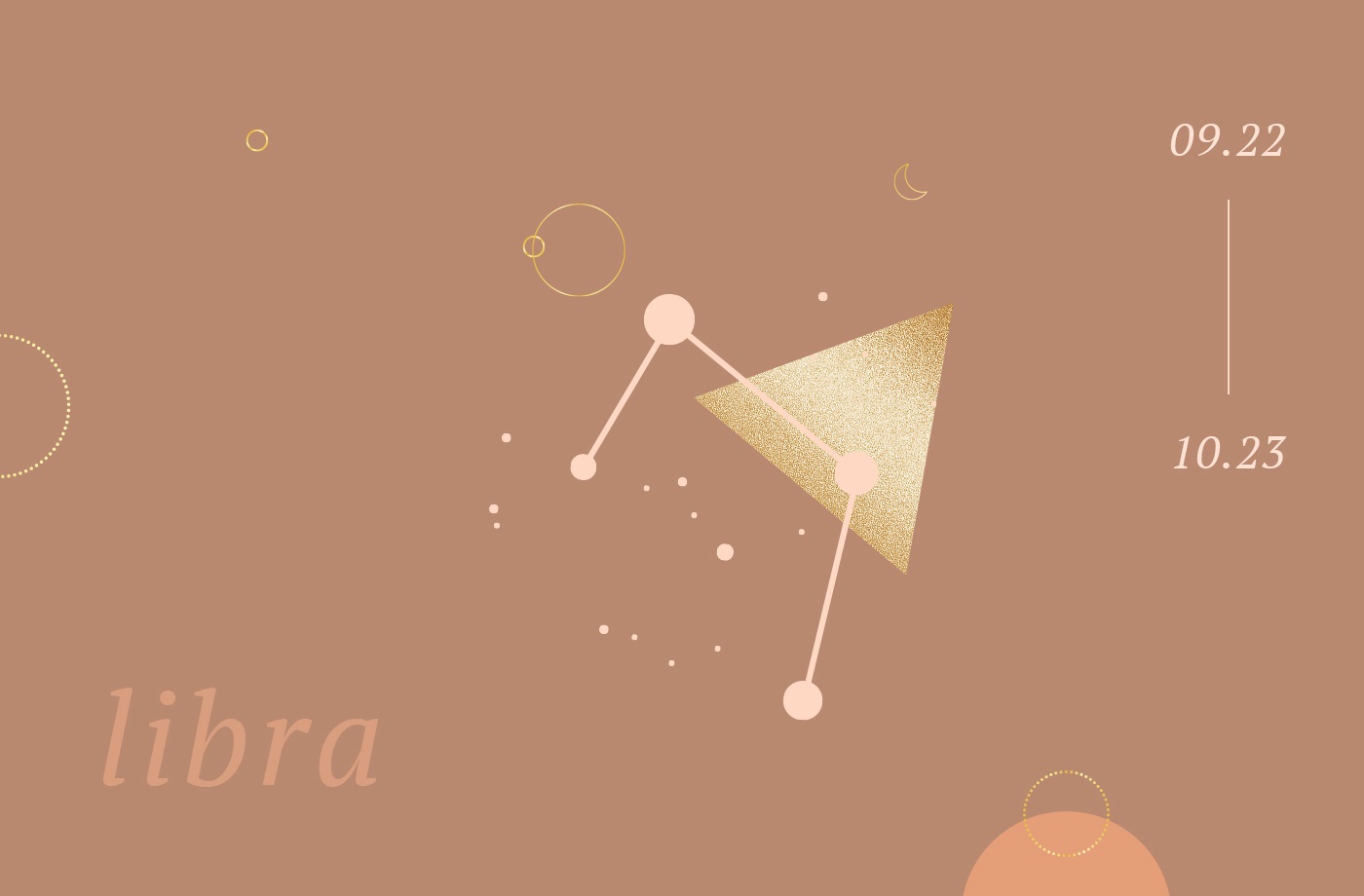 Even though Mercury in Libra can have people-pleaser tendencies, they actually have a linguistic flair that can be poetic. Their execution is appropriate, graceful, diplomatic, and tactful.

"This makes them excellent at public speaking, conflict resolution, and political advocacy," says Lang. "They are gracious in conversation and good listeners. It’s easy to relate to someone with Mercury in Libra because they want to relate with you in a way that makes you feel heard. The challenge they have is with sugarcoating the details or facts. They don’t like upsetting others, so they tend to gloss over disappointing news."

Mercury in Scorpio wants you to dive deeper; they have a penetrating mind that implores you get to the heart of the matter. They also know how to ask the right questions to unearth your inner truths, which is part of why they make excellent therapists or researchers.

"They prefer deep conversations, nothing shallow or surface," says Lang. "They want to know your secrets. They are intuitive as well, and they pick up on every nuance in a conversation, including body language. They’re as concerned with what you’re not saying as what you are saying." 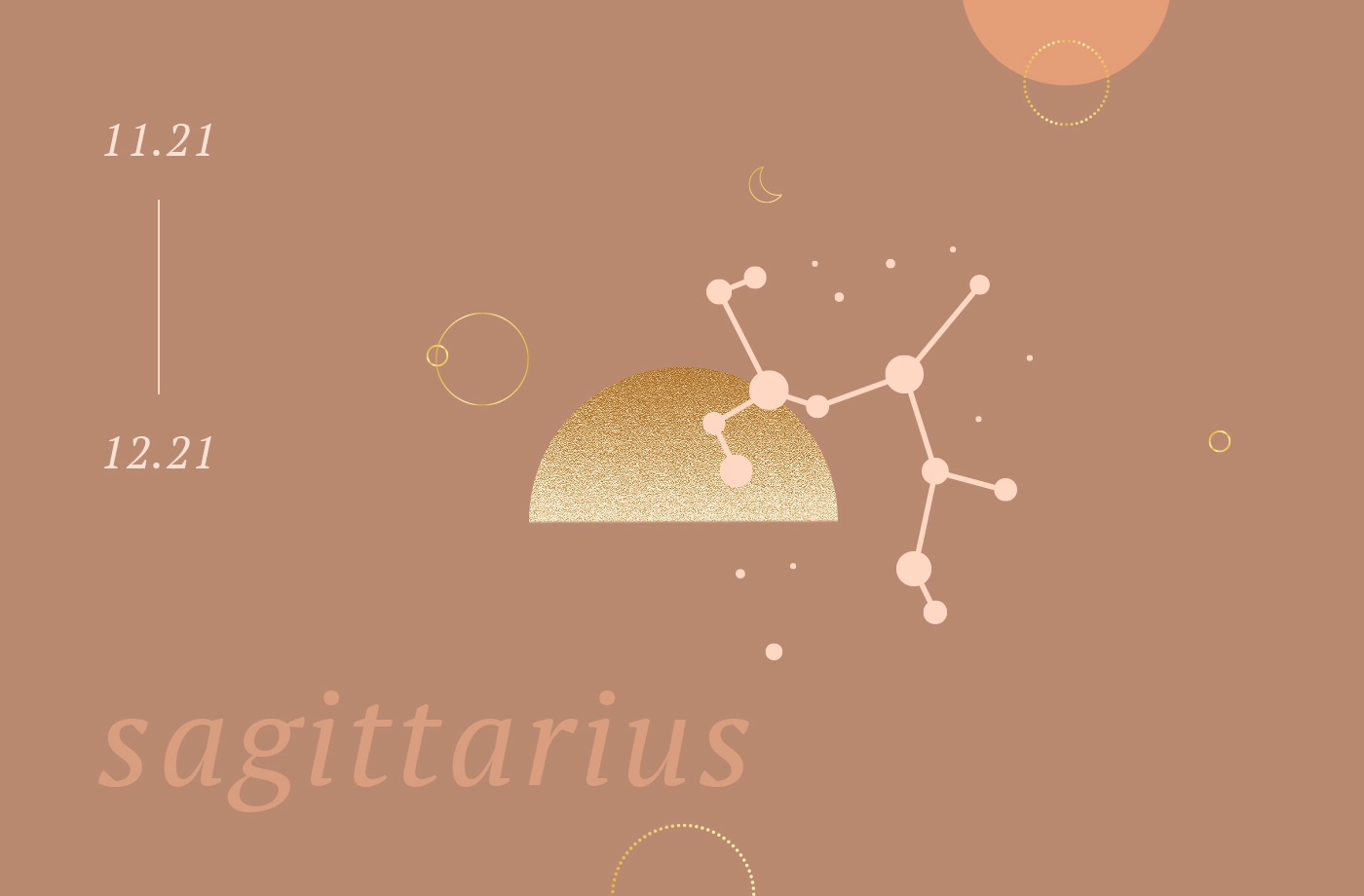 Mercury in Sagittarius are big-picture talkers who don't entertain small talk. More often than not, conversations with them may lean toward the philosophical and conceptual.

"They are interesting conversationalists because their minds are curious and crave knowledge," says Lang. "At the same time, they have a big truth filter. If you’re being slightly dishonest, they can sense it, and nothing triggers them more than dishonesty. Be blunt—they are. In fact, they have an innate need to deliver the truth, and sometimes, they could benefit from a little more tact." 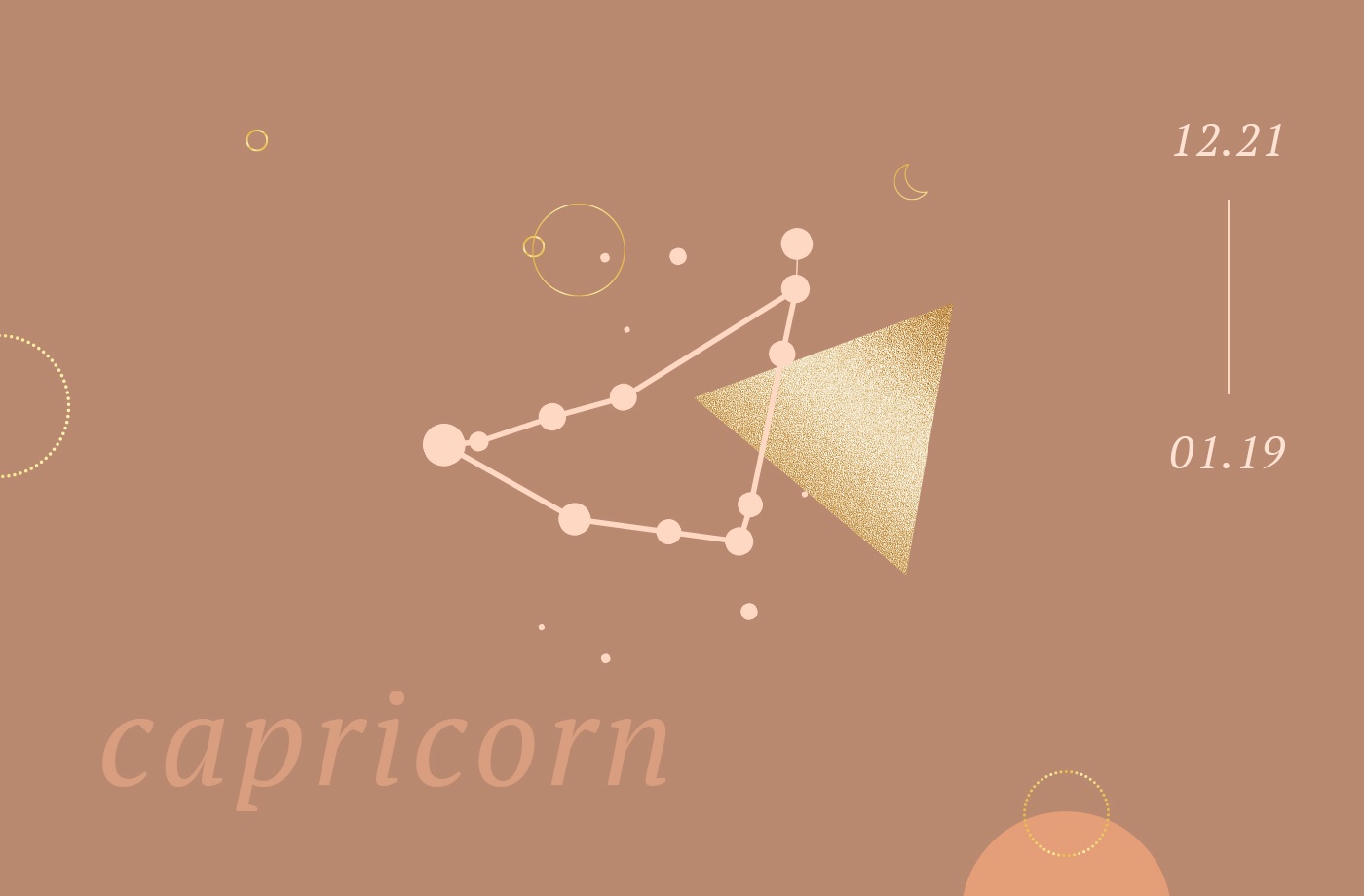 Direct and bosslike, Mercury in Capricorn wants a point to the conversation. They're not interested in long, drawn-out conversations about nothing; they need to feel like their time is being used wisely. These are practical thinkers with huge ideas.

"Sometimes, the practical nature makes them see the worst-case scenarios or take a negative spin on a subject," says Lang. "Yet, they’ll usually come back to a place of optimism. They are down-to-earth people who offer excellent suggestions to their friends. When they trust their intuition, they offer great advice." 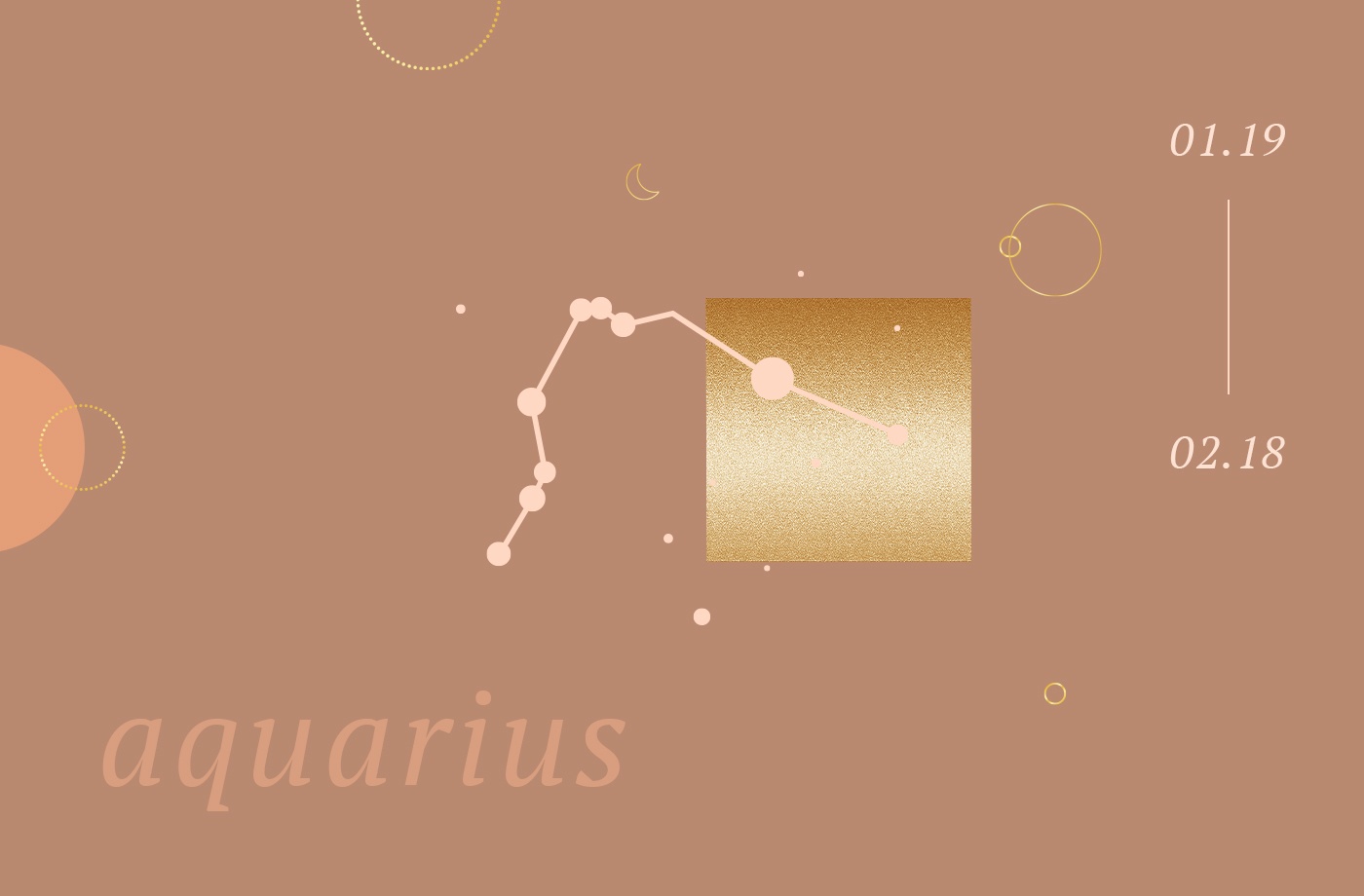 Playful and innovative, Mercury in Aquarius is usually five steps ahead of others in conversations—you'll never be bored talking to them. They have ideas to share, and they can be quite visionary. Their approach can be strategic and scientific, with joyful theorizing. Try to keep up with their visionary ideas, because everything should be delivered quite quickly.

"One thing to note about Mercury in Aquarius people: They speak their mind, and sometimes, without a strong filter for how others might take the information," Lang says. "If they say something offensive, they don’t mean it. They don’t always know how their words will reach others. Be patient with them and don’t be afraid to ask for clarification." 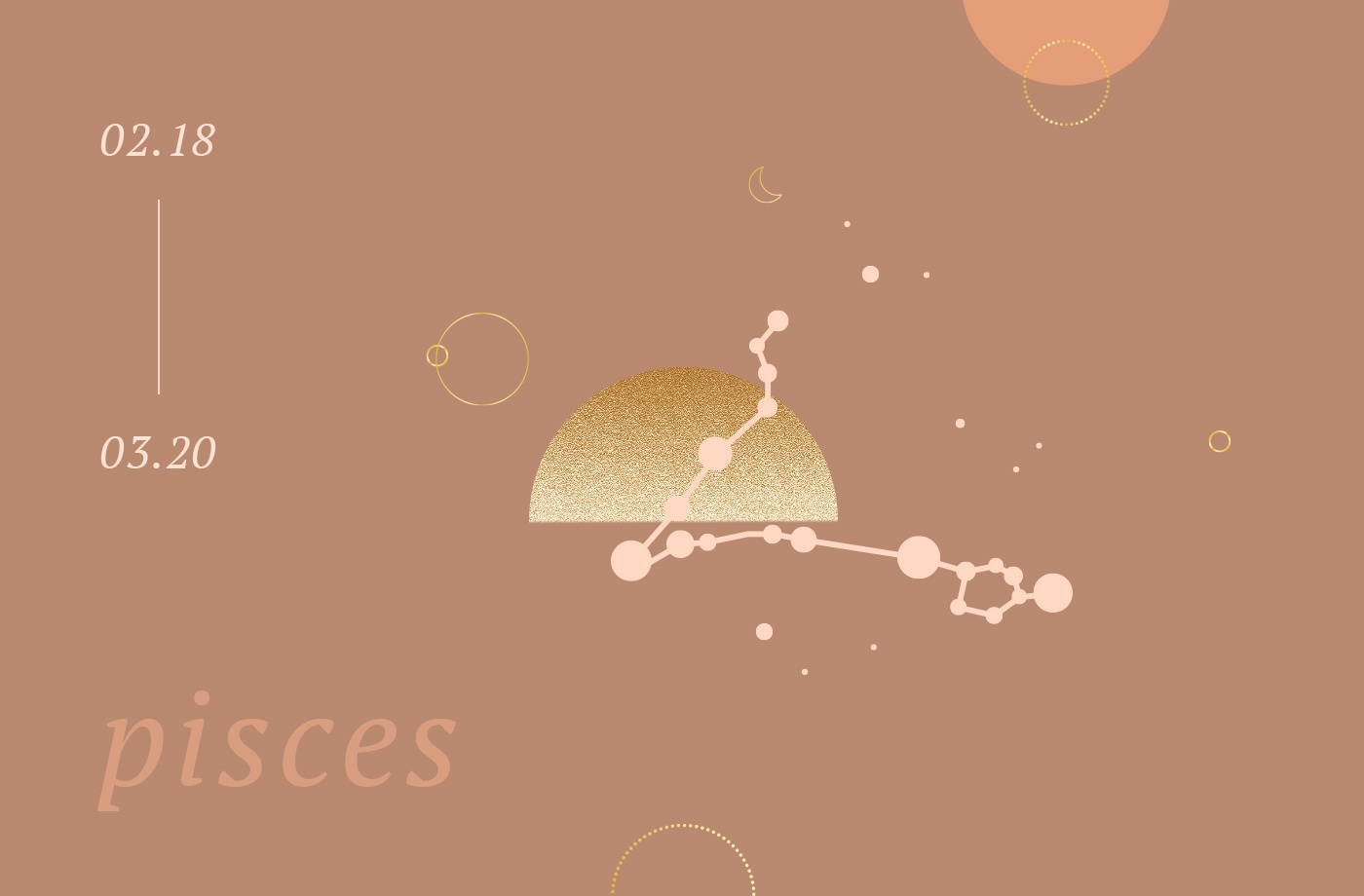 Mercury in Pisces talks creatively and processes outwardly. They communicate with their feelings above everything.

"They’re empathic, and they have a sense of what you’re going to say before you say it," says Lang. "That said, they may misinterpret certain things you say, especially if you’re delivering uncomfortable or unpleasant news. This is because they’re more sensitive and may take things personally. It’s important to be gentle when you’re in conversation. Try to lead with compassion."