Skip to main content
Become an Insider
When you're struggling to come up with something that's good for you, fills you up, and checks off on all your flavor boxes, you can never fail by going the breakfast-for-dinner route.

Is this not the greatest hack of adulthood? Well, we've got news: You can take your dinnertime special up a notch with this Persian-inspired green frittata recipe from Marissa Meshulam, RD.

"This recipe is a Persian play on a frittata, however, the flavor and texture is heightened by increasing the ratio of herbs and veggies," she says. "It's a great meal-prep option, as it will stay good in the fridge from Sunday night to Friday morning."

Giving your meals some variety is already a weekday dinner win, but this frittata recipe also does a solid for your immunity—starting with the eggs themselves.

"Eggland’s Best eggs are richer in a variety of micronutrients compared to ordinary eggs, such as six times more vitamin D, 10 times more vitamin E, and more than double the vitamin B-12 and omega-3s," says Melina Jampolis, MD, internist and board-certified physician nutrition specialist. And while most people eat plenty of calories, fat, and protein, many of us are deficient in these key micronutrients, which are essential for a strong immune system, Dr. Jampolis says.

"And even better, they are a super cost-effective source of high-quality protein, and a little fat that enables optimal absorption of these nutrients," she adds. (This is what being impressed by a carton of eggs feels like.) 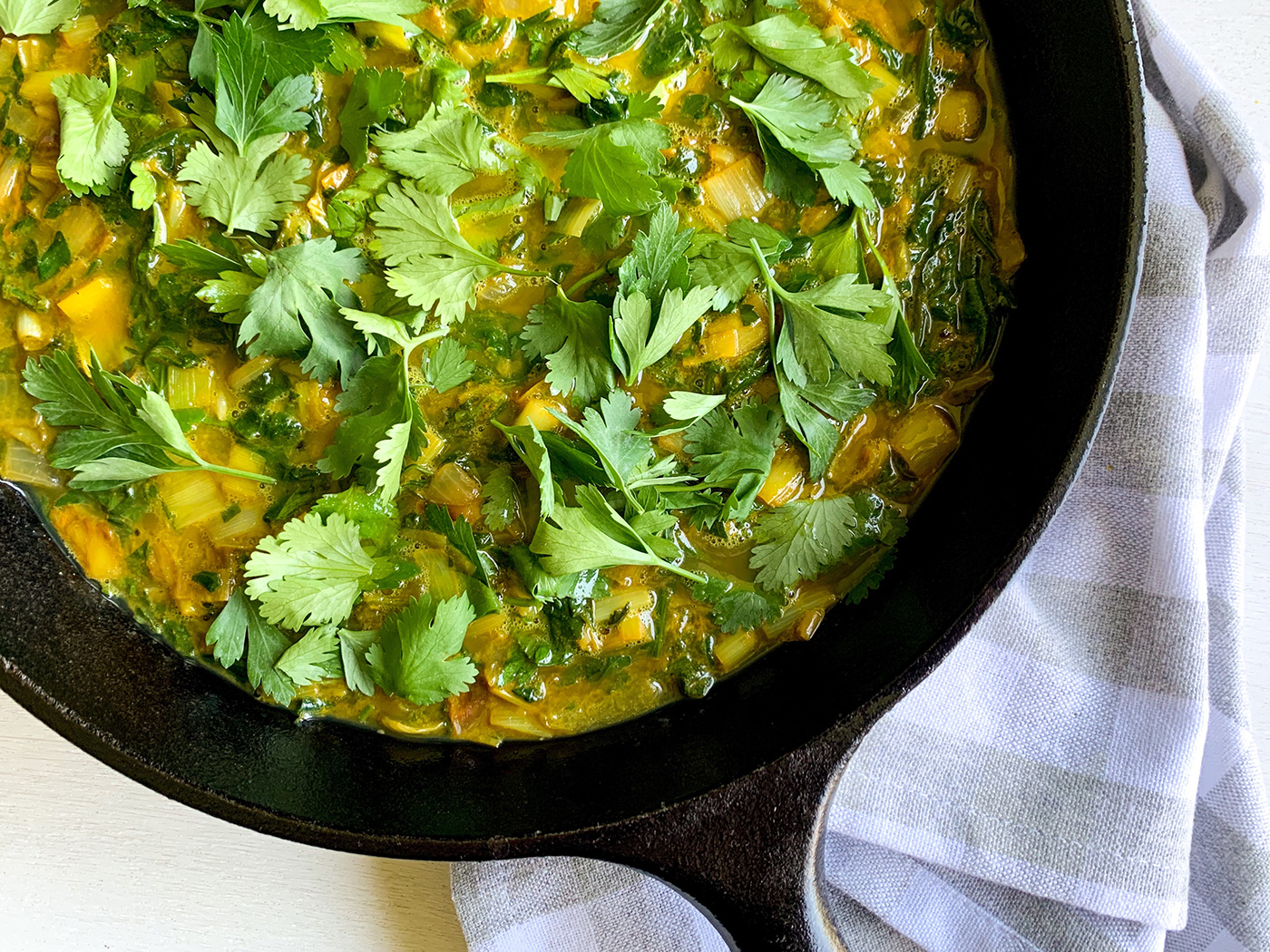 It doesn't stop there, either: The recipe also calls for dill, parsley, cilantro, spinach, onion, and turmeric, which are all phytonutrients rich in antioxidants, Meshulam says. "Spinach is high in zinc, which is a mineral known to aid white blood cells in their defense against illness." So, it's like health in a frittata.

It's safe to say breakfast-for-dinner secures the prestigious title of most important meal of the day—so keep scrolling for the full recipe and step-by-step instructions. All for making frittata Fridays a thing, say "aye."